Writing, development and data visualisation for a visual essay on the world’s endangered languages. 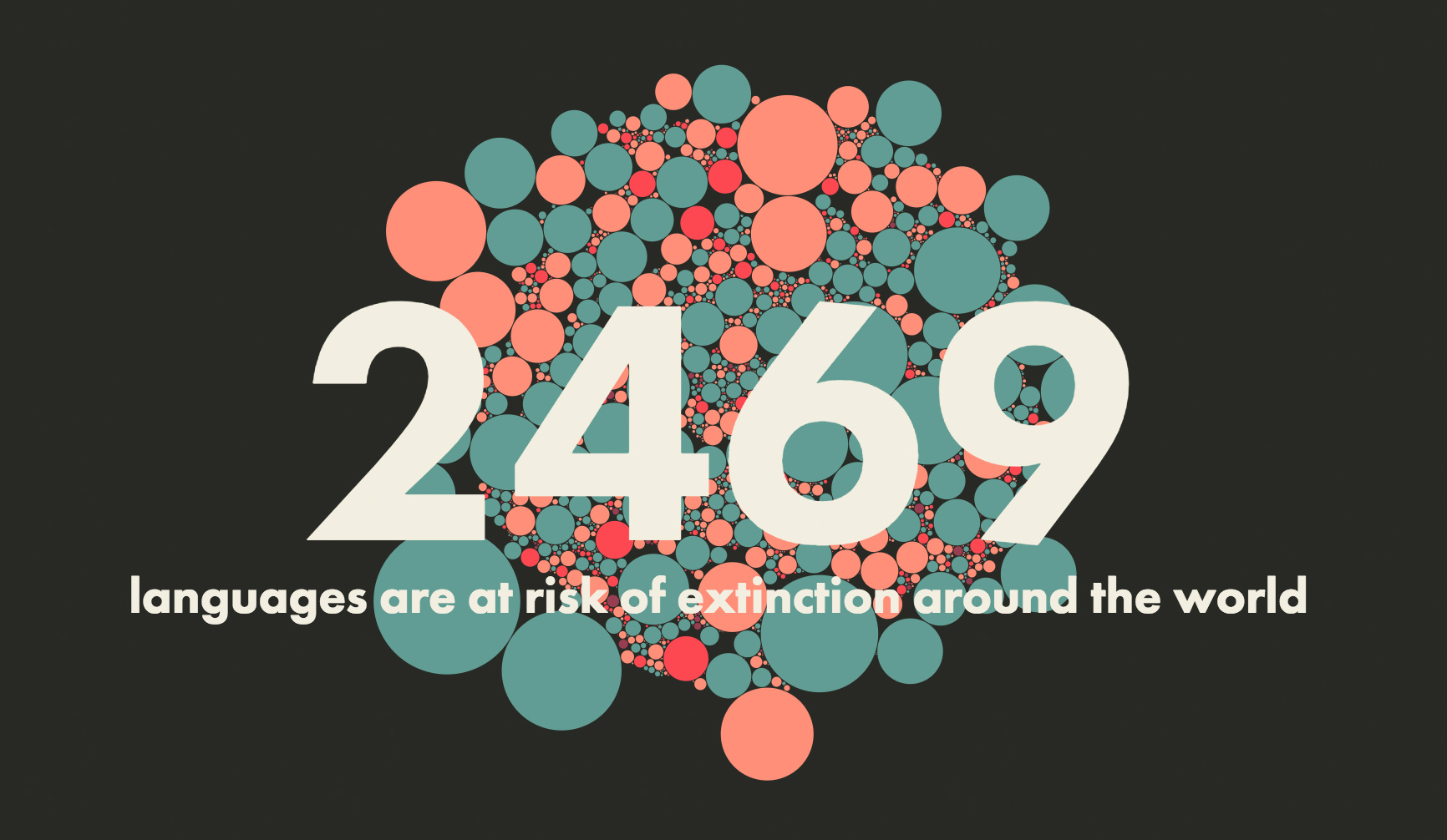 As part of the ID Question series on How We Get To Next, I explored Unesco’s Atlas of the World’s Languages in Danger in a visual essay that shows how languages are disappearing around the world. Readers were able to read about how languages are categorised, identify their nearest endangered language, and explore a world map of more than 2,000 disappearing languages. Check it out here.

This was a major coding project which employed Javascript, D3.js, MapboxGL and TopoJSON. I wrote the majority of the code and the text of the essay, and managed the project from start to finish. Eden Brackenbury designed and laid out the page, and Ian Steadman wrote the languages in profile. The source code for the entire project can be found on Github.

Finally, you can read a little about some of the choices I made while putting it together on the Storythings blog.